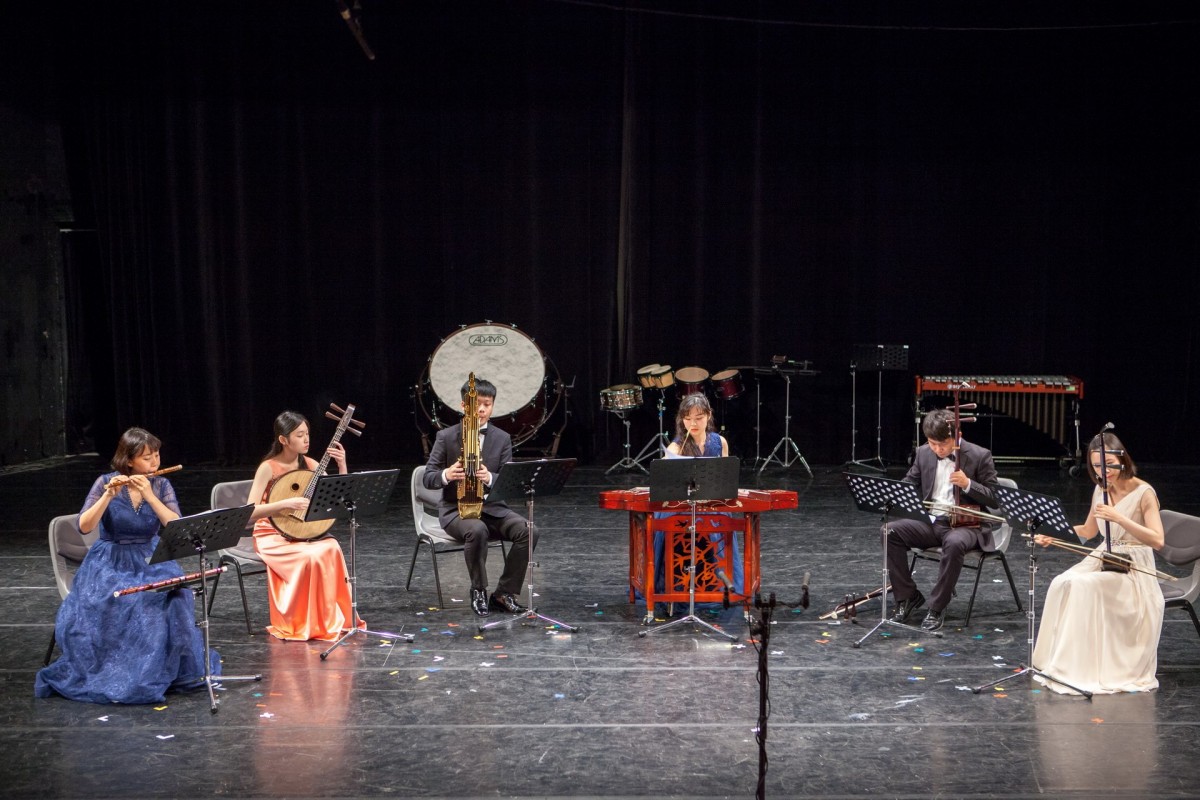 “Tainan Chinese Orchestra” was established in 2104 and won the “Best Group Performance in Tainan City” consecutively in 2018 and 2019.

Mr. Chieh-Ming Tu, the chief and music direction of the group, was born in Tainan City. He has devoted himself in teaching and development of classical Chinese music for over thirty years after returning back to Tainan, his hometown. Due to abundant cultural resources in Tainan and growing talents in classical Chinese music in nearly twenty years, he invited Mrs. Hsiu-Yi Lai, the CEO of the group, to establish “Tainan Chinese Orchestra” that serves as the media for young artists to have regular performance opportunities.

After several years of exploration and cultivation, we have established the following four aspects for future sustainable developments: The“Yearly Production” for artists purpose: Producing two forms of music performances, “Sizhu Chinese Music Ensemble” and “Chinese Orchestra”, at least once each on an annual basis, and strengthening interactions across different cities and counties.

The “Benefit Concert” for charity purpose: Performing regularly at the elderly care centers and the opportunity centers. The “Incubation Project” rooted in suburban areas: Initiated by the group, planning and assisting in fund raising, providing musical instruments and teachers, so that the students of the suburban towns have opportunities to learn music and practice performing.

Since the establishment of Tainan Chinese Orchestra, in order to enrich and diversify the contents of the program, as well asl to hone the growth of our members, we have invited well-known musicians across the Taiwan straits and contemporary art groups for cooperative performing each year. There have been more than 30 concerts and lectures held in just a few years, and had incredibly huge positive feedbacks from all music lovers from all over Taiwan.

Sign-up to get the latest news and update information. Don't worry, we won't send spam!